Listen along with my Independence Island Playlist When they dated ten years ago as teens, it almost destroyed their friendship. So Pen Reese did the only logical thing.  She lied about how she felt—and still feels—about him.

She’s still paying for that lie.

A brilliant plan to set Mike and a friend up and get over him has one problem.

When Pen pushed him away, Mike Gaines assumed she just didn’t understand his faith. People like her persnickety aunt even claim he’s part of a cult—ridiculous, but it’s true. Still, if she wants him to play the part of a big brother, fine. At least he can stay close this way.

At first, Pen’s attempt to set him up with one of her close friends hurts. But what if it’s the perfect opportunity to show her what she’s missing if she sees him with someone else?

I’ve been interested in Pen's story since Pen appeared in a previous book in the "Independence Island" series.
Pen’s business is in Savannah, Georgia but her friends convince her to plan parties on the islands. Can Pen maintain her expanding, two-location business and meet her own expectations? Can she accept help from others? Pen seems to tie her value and identity to her ability to build her business.

And what of Mike? Mike & Pen are on a merry-go-round, chasing each other but never catching up to each other. It’s been ten years since Pen told Mike they could still be friends, ten years of pining, ten years of hoping. Can Pen step aside to give Mike a chance at happiness with another woman? Will Mike be able to tell Pen his true feelings or will he communicate through proxies? Can they step aside & let each other pursue other relationships? I was asking all these questions and more while reading.

Now for my favorite minor character. Do you ever read a book & cheer on a character or want to give it to her? “I’ll hold her, you tie her shoelaces!” That was Bertha & I. Here I thought Bertha was an old bat, but she’s in her 40’s. To Bertha I say, “Bertha, unrequited love? What was his name Bertha? Let it all out, hon. Bless your heart … let’s pray.” Dear Author, please, ask Bertha to tell you her story. There is hope for this gal, yet!

Themes that meander through The Matchmaker’s Best Friend, like the rest of the “Independence Island” series include trust, rest, and identity. While the main characters need to learn to trust each other, ultimately, like us, they are learning to trust God, rest in Him, and find their identity in God. Spiritual lessons are more caught than taught, but the gentle reminders are there for us: trust God, wait on Him, rest in Him, your identity is who you are in Christ not the job you do.

If you’ve read other books in the “Independence Island” series, you’ll want to read The Matchmaker’s Best Friend. Like the rest of the series, it’s a light, quick, easy read.

Disclaimer: I asked for a copy of this book and this is my own unique opinion. 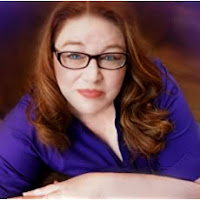 Where western meets happily ever after.

Kari writes swoony heroes and places that become characters with detail and heart.Her favorite place to write about is the place her heart lives, (even if she doesn’t) South Dakota.

Kari loves reading, listening to contemporary Christian music, singing when no one’s listening, and curling up near the wood stove when winter hits. She makes her home in central Minnesota, land of frigid toes and mosquitoes the size of compact cars, with her husband of over twenty years. They have two daughters, two sons, one cat, and one hungry wood stove.

Pen is Mightier than the Sword

Especially in sparkly, stacked espadrilles and pink power suit. Don’t let Pen Reese’s pink façade fool you, she’s a businesswoman to the core, with a heart of gold. She has built a party planning business from the ground up, and she’s about to create another.

Pen is one of those characters that I could just see CLEARLY as I was writing. She is about ninety percent Elle Woods from Legally Blonde and ten percent a close personal friend. I heard her voice in my head. I could hear her talking as I wrote the book. Her personality was perfect for the energetic party planner.

I’m sure if I put a character description up without context or clarity many people wouldn’t want to read the book, they would write Pen off as shallow. But she’s not. She’s heartbroken.

Do you still remember your first love? Maybe you still care for them? Pen fell hard for her first love and no matter how professional she is or how many lavish weddings she plans, she can’t forget the one wedding she’ll never get to create. Her own.

Pen things that if Mike falls for someone else, goes off and gets married, she’ll finally be able to move on. So, she sets a plan in motion. That’s when her world completely falls apart and you see the tender parts of Pen that she doesn’t show to just anybody.

She is a very complex character and I hope she touches you like she touched me.

I hope you enjoy Pen’s tale of matchmaking gone wrong.

Labor Not in Vain, April 14

The Meanderings of a Bookworm, April 15

She Lives To Read, April 19

For Him and My Family, April 21

Because I said so — and other adventures in Parenting, April 23

To celebrate her tour, Kari is giving away the grand prize package of a $50 Amazon gift card and a copy of the book!!

Be sure to comment on the blog stops for nine extra entries into the giveaway! Click the link below to enter.